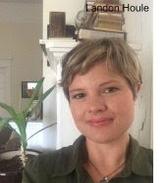 This week Sapling talks with the editors @ Raleigh Review.
*

Sapling: What should people know who may not be familiar with Raleigh Review?

Landon Houle: As the name suggests, Raleigh Review is based in Raleigh, North Carolina, but we’re an international magazine with staff and contributors who work and write from all over the world. Raleigh Review is staffed by volunteers and most of us are writing and submitting our own work, so we know the importance of the relationship between writers and editors. We’re motivated by a love for each other and the work and the artists who create it.

Bryce Emley: On the poetry side, what we publish is both what we’re looking for and what we’re looking beyond. I hope that every issue reads like a cohesive whole in which every piece fits beside each other in some way, so read an issue or read our archive samples for a sense of what we’re interested in and what we’re missing. We’d love to keep publishing the same poets and poems we’ve selected in the past, but we’re always looking for something new: subjects, voices, forms, and styles that expand the conversations in our body of published work.

Sapling: How did your name come about?

Rob Greene:  Poetry launched Raleigh Review and fiction named us Raleigh Review. During my second semester as an MFA student at NC State, I went to start a blog though I didn’t have much that I wanted to say outside of my poems so I launched the magazine as Rig Poetry on February 21, 2010. I was reading a lot of literary magazines at the time so that seemed to make sense. Plus, when I find poems and stories that I love, I want to share them so that also made sense. Others began to join me on this journey the following month in March 2010, among them Will Badger and Smriti Ravindra (two of my brilliant MFA colleagues) brought in fiction so the name Rig Poetry no longer fit at all and I did not want the magazine named after me (my initials are RIG). I mean none of my kids are named after me, plus I really try to not be that guy. After deciding that fiction needed to be added, I then went back and forth on the name for about ten minutes while simultaneously checking for available domains. We ended up landing a few domains for Raleigh Review as well as a few others that were similar to Raleigh Review and I pointed those at what would become our eventual domain name. I was surprised that raleighreview.org was available. I then rode downtown and checked to see if the business name was available and it was so I registered the business name as Raleigh Review. Some have called us The Raleigh Review (yes, we have domains for this name too) though officially we’re Raleigh Review.

Sapling: What do you pay close attention to when reading submissions? Any deal breakers?

LH:  We’re always looking for stories driven by character, image, language, and place. We like diversity of character and experience. We appreciate sharp technique, a solid structure, and a consistent pace. A lot of the stories we read tend to start strong, but a story’s resolution is often the deciding factor in publication. We like a story that leaves us breathless, that makes us want to go back to the beginning. We want to feel as though the story could not have been told any other way. In terms of deal breakers, a story that lacks empathy will not go far at Raleigh Review. We want stories that carefully consider their characters and their readers.

BE: It’s a poetry editor’s cliché, but language is always first. How something is said hits me before what’s being said. Could anyone in the world have written the same idea the same way? That attention tends to draw us to more lyric voices, partly because narrative poetry is really hard to pull off in a fresh way, harder than people think. Whatever approach a submitter takes, the voice, diction, rhythm, etc. have to evoke experiences or ideas, not just describe them. Smart, considered linebreaks, forms, and structures are important, too. Those are all deal breakers. Like Landon, lack of empathy is also one. If a poem blames, degrades, judges, or victimizes without complicating or considering the humanity of the subject (even if that’s the speaker), we’re not interested. We’re not looking for poems that answer their own questions (or worse, that don’t ask any).

Sapling: Where do you imagine Raleigh Review to be headed over the next couple years? What’s on the horizon?

LH: I’m always startled and excited by the next issue of Raleigh Review. Each reading cycle, our selections are stronger and more complex and I see our contributors going on to do some amazing things in the field and in the world.

BE: I see us publishing a wider range of work. Our poetry contest (the Laux/Millar Prize) just wrapped its second year, and I see that continuing to expand and bring more eyes on our poets. One of my favorite things about this magazine and organization is that we’re always planning and rethinking, so we’ll continue to grow in scope, reach, and mission.

Sapling: As an editor, what is the hardest part of your job? The best part?

LH: The hardest part of the job is making final selections. Inevitably, we have to pass on strong stories that we admire and appreciate and respect, but as with any journal, our space is limited, and there are always tough decisions to be made. The best part for me is opening the files and reading the stories. As a writer, I’m inspired and renewed by the time and the thought and the beauty that goes into writing and sharing that writing with another person. Sending your work to a journal is an act of trust and love as is reviewing that work. It’s a powerful experience.

BE: The hardest part for me is always saying no. We’re reading people, not just Word documents. I try to be generous in my reading and I’m not always as generous as I would like to be. I’ve seen poems we passed on later get published in phenomenal magazines; “No” means “Not for us,” not “This is terrible.” That said, the best part for me is seeing our poets succeed outside of our pages.

Sapling: If you were stranded on a desert island for a week with only three books which books would you want to have with you?

RG: Tyree Daye’s River Hymns (APR 2017) for the freshwater imagery and I could always use a few more lessons on resilience over that week. I’d also want Sierra Golden’s The Slow Art (Bear Star Press fall 2018) close by for the same reasons, and for my third I’d love to have Landon’s Living Things (Red Hen Press 2019) because along with the need for Sierra’s poems and Tyree’s poems, Landon’s story characters would keep me company. So—there’s a lot to look forward to here.

LH: This is too hard. I’ve got about 10 books on my nightstand alone! How about a book hollowed out to hold a raft so that I could row home to all my books?

BE:  Rob is sounding very partisan, but I would totally agree. Our staff is mind-blowingly talented. I’ll also say If You’ve Forgotten the Names of the Clouds, You’ve Lost Your Way; it’s short, but every page is worth thinking about. Lucille Clifton’s collected poems for the same reason (though that one’s a brick). House of Leaves because I’ll probably never read it unless I get stuck with that much time.

Sapling: Just for fun (because we like fun and the number three) if Raleigh Review was a person what three things would it be thinking about obsessively?

RG:  Besides quality, money would be on its mind because Raleigh Review lives hand to mouth, month to month, issue to issue and is currently sleeping in our basements though it wakes up to travel daily around the country and the world to entertain friends so I suppose it is kind of popular in that sense. In all seriousness,  Raleigh Review has no debt and is fairly self-supporting as in the magazine earns just enough to pay its expenses currently (print costs, sales and use taxes, advertising costs, Submittable bills, among other miscellaneous expenses such as Quickbooks and storage fees while still paying the magazine’s contributors). Though all of us who know and love Raleigh Review, well, we have a lot of goals for Raleigh Review and one of those goals is for Raleigh Review to open a writers’ house that will offer literary events including residencies to national and international writers. A wonderful friend based in Tallahassee told me the other day, “yes, Raleigh Review publishes work for everyone to enjoy though rich people make the world go ‘round…you have to learn to talk to them and it all begins with talking to them” so that’s probably one thing a human form of Raleigh Review could do is to talk to the wealthy because I don’t seem capable thus far of doing so.

LH: Response time! We read each story carefully and we work really hard to respond to our writers within a reasonable amount of time.

BE: 1) Where to find more time for everything. 2) The intrinsic dualities of Kanye West. 3) Why we like so many poems about dead things.

Raleigh Review’s Editor/Publisher Rob Greene is a PhD candidate and postgraduate researcher with University of Birmingham [UK]. He has a recent poem in the beautiful bibliophile annual Herzattacke [Berlin] and others in Open Minds Quarterly [Ontario], Great River Review,
and WLA: War, Literature & the Arts. Greene relocated 46 times prior to moving to Raleigh close to two decades ago.